Messenger is one of the most downloaded Android apps and is home to 8 billion monthly messages between users and businesses. And although advertising increases participation by 15%, only 5% of advertisers took advantage of this medium to automate messages to their audience.

Did you know that 1.3 billion people use Facebook Messenger every month?

Sounds tempting. Any marketer would want a bite of taht.

But is it too good to be true?

Let's put it in terms we can all understand...

According to Hootsuite, 80 million small and medium-sized businesses have a Facebook page, and 78% of consumers say they have discovered a product thanks to Facebook.

BUT just 31% of businesses use Facebook Messenger, a channel where  8 billion messages PER MONTH are  send between companies and consumers.

Not to mention Facebook Messenger Ads, the simplest way to TALK 🗣 with your potential customers, whether manually or via chatbot.

In the past, Facebook Messenger was ONLY for  talking to your friends or keeping in contact with family.

That has changed. Facebook Messenger is now one of the most powerful online tools to increase market presence and client interaction.

By the numbers: a Nielsen survey SHOWED that Messenger is the second most popular form of communication among clients for interacting with a company.

Yes, the first is WhatsApp...

Ok, now for the MILLION dollar question: how can you use Facebook Messenger Ads to strengthen your business?

We'll look at it STEP by STEP, reviewing a few topics along the way...

Maybe it's OBVIOUS to say this in 2020, but every business needs a Facebook page.

This all makes it clear why you should implement conversational marketing and we can move on, right? 😎

If your answer was yes, I'll just note that it has been 20 years since it came out.

Yep. Feeling like you just grew some gray hairs?

And its spiritual successor isn't new either: Facebook Messenger, an app available for iOS, Android, and Windows Phone,  which allows users to chat with their contacts.

It was originally called Facebook Chat in 2008, 🔙 and was later renamed when it became a separate app.

In March of 2015, there was  GOOD NEWS for marketing teams everywhere: Facebook would allow businesses and users to interact via Messenger and, in 2016, they introduced an API to allow developers to contribute chatbots.

And so, like Asimov with his robots, the age of chatbots arrived, in which Messenger Ads began to seem like a dream come true🙏.

But before we talk about that...

The traditional method for advertising on social media changed.

What are we used to?

We see an image with a product or service selling us something aspirational. A picture that says, "this could be you," a text that says "Free" or "small monthly payment" or "visit our website."

And in the best of cases, you'll have a campaign with a CTR of 5%, meaning that 10 of every 200 people who see your ad are going to click on it, and a conversion rate of 10%, so of those ten, at least one is going to buy your product or make an inquiry about it.

As marketing professionals, this is something we see EVERY DAY...

But what if we INVERT this a little? 🤓

Now imagine that you attract this potential customer with QUALITY products, you ask them what they need, what kind of shoes they like, what color, what their price range is, and then you offer them a deal CUSTOMIZED for THEM.

You're not just going to improve the metrics we mentioned above, you'll also probably achieve more TRUST 🙌.

Thanks to Facebook, you can not only find your ideal audience, you can also simplify all your communication through a beautiful button called 'Send Message."

Welcome to the  incredible world of Conversational Marketing.

According to Sprout Social, Facebook Messenger Ads get 15 times more participation than standard ads,  attract 73% of your clients (telephone rates are 44% and email is 61%) and help resolve problems in under 42 seconds.

Statistics are CRUCIAL for making decisions, but how can we get down to business?

The Spanish Facebook Ads expert Robert Gamboa launched a Messenger Ads campaign. With just one ad, which cost 67.50 euros, he sold 5 courses for 500 Euros each, + signed mentoring clients, a service that costs 2,995 euros.

And yes, he did it by sending traffic to a link...😱

Kayak, an online trip planner, has had similar success. Their Messenger chatbot helps search for information about flights, rental cars, and activities on hundreds of trave sites.

Another example is 1-800-Flowers. Although it's from the US, we highlight it for a simple  reason: it was praised by Mark Zuckerberg: "I'll never have to call them to order flowers again." Their chatbot allows you to make orders and communicate with customer service.

How to set up a Facebook Messenger Ads Campaign in 2020?

Messenger Ads are still displayed in the newsfeed (and where you set them up) BUT when the user clicks on them, they open a Facebook Messenger conversation.

And they can be activated both for ad campaigns to generate web traffic and those directed at conversion.

As usual, Facebook will allow you to enter information about the division you'll use and the time zone.

The basic steps: choose where you'd like to direct traffic (country or city) and who your audience is.

To convert the ad to a Messenger ad, configure the campaign and ad level, and instead of adding a destination page, select the option at the bottom that says Messenger.

💡 TIP: Remember to choose the correct fanpage that you're going to advertise for.

Don't forget to add images that comply with Facebook requirements (1200 px x 728 px, aspect ration 1.91:1). This Facebook tool will tell you if everything is set correctly.

NOTE: the Messenger ads option only appears on Facebook and Instagram networks with Image, Carousel, Image sequence, and Video ads.

No! Facebook Messenger Ads also allow you to set some things automatically...👏

After you choose the destination option in Messenger, it will ask you to set a welcome message for the user.

But with Sirena, this welcome message can be created easily, and for all your agents.

Sales has changed. Now the first step is SUPPORT. That's why it is key to build trust with interesting content before you can convert.

Yes, these are users who are clearly interested in your content, because they have interacted with it previously. This means your conversion ratio will be better.

In fact you can design almost any strategy for these potential customers who haven't yet given you the NO.

How can you measure results with Messenger Ads?

All right. We can only create  ads for traffic or conversions. So what do we measure?

Facebook will count any time a chat is opened with your company as a conversion, without the need to install pixel on your website. But that's not a sale for you, right?

That means you'll need to take other metrics into account:

Imagine that you have talked with a potential customer in the past. They showed some interest in your product and filled out a form, but...they changed their mind😟.

You can use Facebook Messenger to reach them again.

What you'll need to do is go to Ads Settinsg in your Facebook Business account, but this time choose the campaign goal: Messages.

Important: You can't direct this to any audience you want. once you get to this point, you'll have to "create a customized audience" based on interactions on the fanpage.

From this point you can configure the message, text, and add any buttons you like.

In any case, if you have any questions about how to configure the campaign, there is a Facebook help service or a direct chat with a representative.

They primarily answer questions related to campaigns, but there are times when you they may be able to help you with the process of sending files via Messenger Ads.

Messenger Ads: What if I want to have a complete conversation?

Facebook Messenger ads have an incredible open rate. With a modest budget you can generate more than 100 chats a day.

This has another side though...do you see yourself answering chat messages all day?

Earlier we told you that by default you can only set a few common questions and auto-responses, but not much else...

But for those who want to go a little further, at the ad level there is a tab called JSON (JavaScript Object Notation) that requires some advanced knowledge to modify or paste code into Messenger.

Sirena offers an exclusive integration with Chatbot.com that will allow you to respond to all your clients automatically, without the need for any programming.

But the KEY benefit is...

Although it's true that Facebook has 6 million ads, there are only 300,00 chatbots. That's just 5% of the total. The level of competition is much lower than on the more popular channels, according to Hootsuite.

You Need to DEVELOP Conversational Marketing

All the KINGS of the internet have understood this point.

Are they seeing something others don't?

A Harvard study showed that 24% of businesses take more than 24 hours to respond, and even worse, 23% of businesses don't respond at all via Facebook Messenger.

Surprisingly, when Harvard asked their audience, 45% of those interviewed said that they normally expect an immediate response.

Everyone deserves a rest, of course, but what happens if someone contacts you on a Sunday? With Sirena, you have already solved this problem too, with automatic welcome and away messages.

Join the World of Conversational Marketing

To repeat: there are 8 million messages between users and businesses every month, but only 300,00 have implemented chatbots.

Your company can start the process of adapting to the habits of your potential customers, who are starting conversations with you right now and waiting 24 hours for an answers.

Are you wondering how you can switch to conversational marketing?

Sirena is a 100% conversational tool that is integrated with all the major marketing channels: WhatsApp, Facebook, Email, Phone, Instagram, MailChimp, Hubspot, and, of course, Messenger.

It centralizes all your company's communications in one tool, thereby shortening your sales times and allowing you to track every client to provide organized, efficient service.

Remember that Facebook is home to 2.5  billion monthly internet surfers. 1.3 billion of those users also use Messenger (52%) which is also the most downloaded app for Android.

At the same time, it has been shown that social media has reached saturation with advertising, as proved by the growing numbers of blocker downloads.

But there are still innovative and unobtrusive ways to reach potential customers, and one of them is Messenger Ads. Only 5% of online advertisers are using them currently.

The successful implementation of Messenger Ads can lead to an increase in all the metrics your Marketing department is watching, including ROI in the short term, and that's why we showed how to set up campaigns step by step for each available strategy and what chatbots can be used for.

Implement your first Facebook Messenger Ads campaign and start the process of adapting your business to conversational marketing using Sirena, so you can conduct exhausting tracking of every potential customer 👌.

But why Should I Integrate Facebook Messenger with Sirena?

Many businesses (the majority) don't just have one communication channel. Messenger is one of them, but there are others, like WhatsApp for example.

Sirena is able to integrate with all your communication channels via the official API.

With Sirena you will have the ability to monitor all the conversations your team is having with potential customers, all in  one place. Plus, you can add notes, reminders, and schedule visits, all of which help you scale your sales processes.

Take a step forward and digitize your communications today! 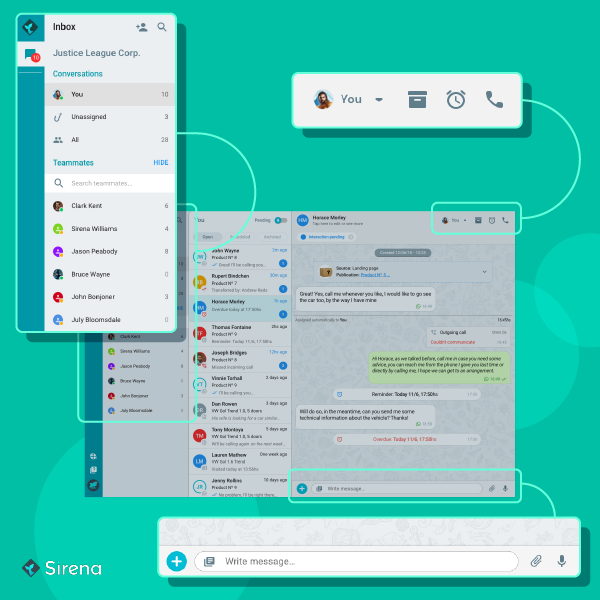 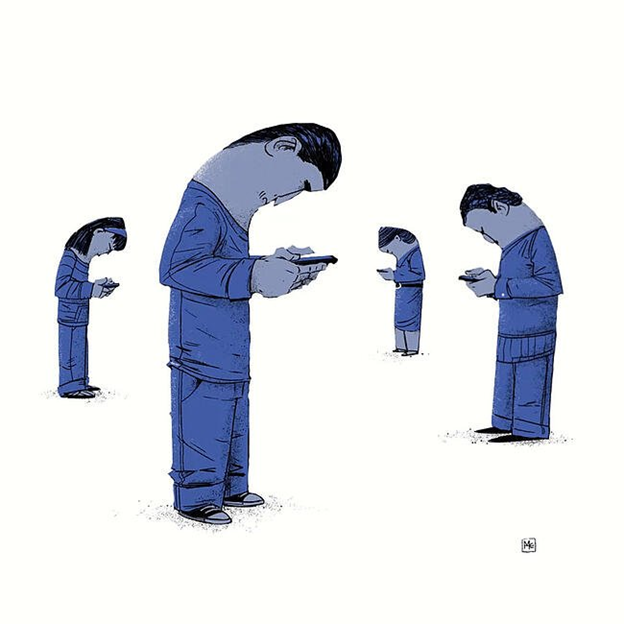 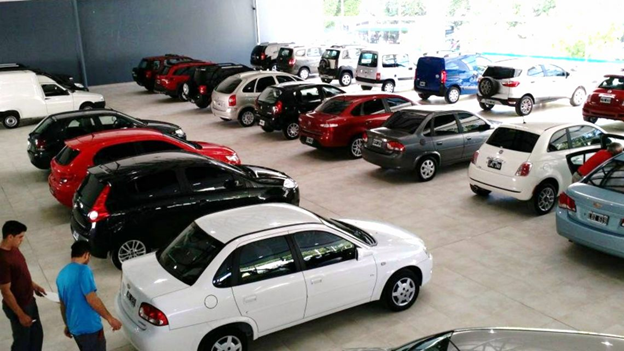 Dealerships: How can you digitize your showrooms and increase your sales?

Copyright 2020 Sirena. All Rights Reserved. Made with 💙 under the sea